A Day in the Yard 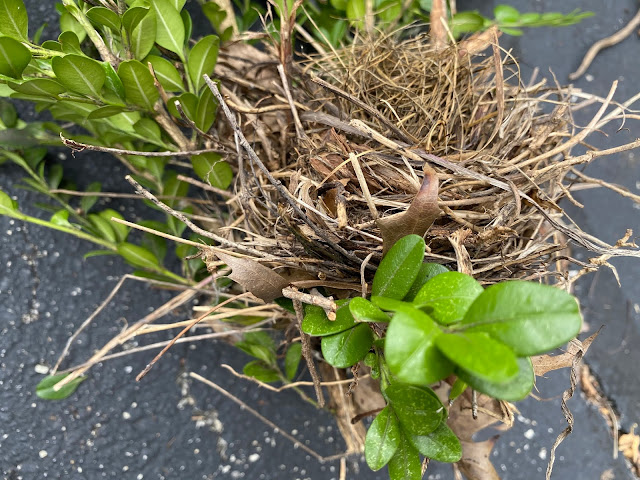 On this beautiful day Fireball and I went out to tackle a very overgrown boxwood hedge.
We made lots of discoveries in the process.
This little nest held lots of tiny ants and also a couple of frantic spiders. 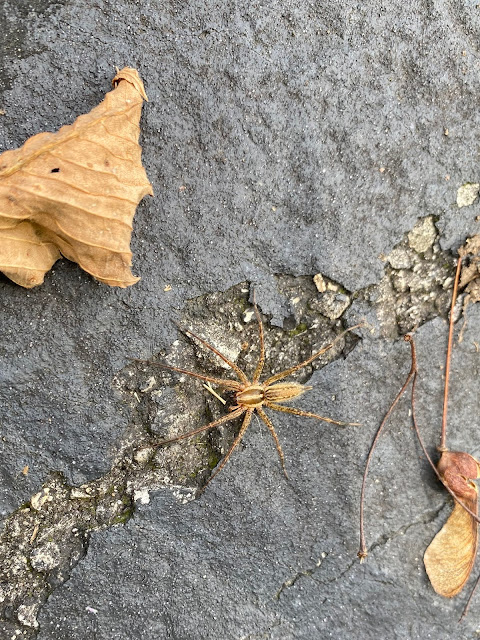 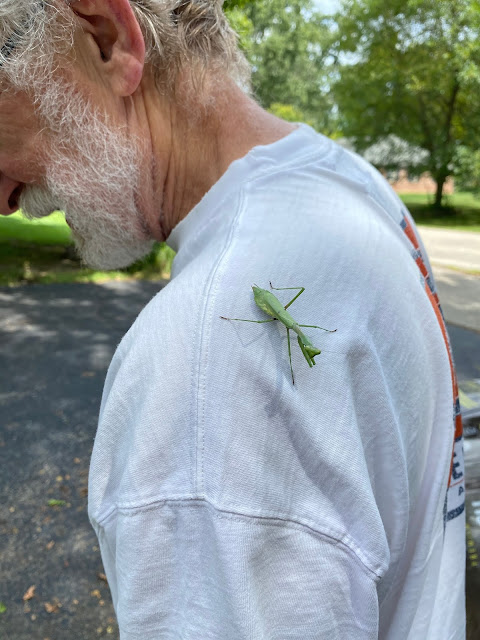 Fireball wanted to know what was on his shirt, thinking it might be a grasshopper.
It was not. 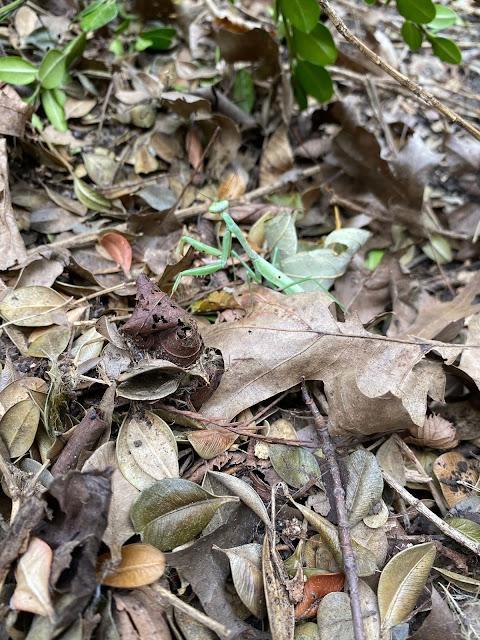 As I took the picture for Fireball, it tried to jump at me. I dodged him. 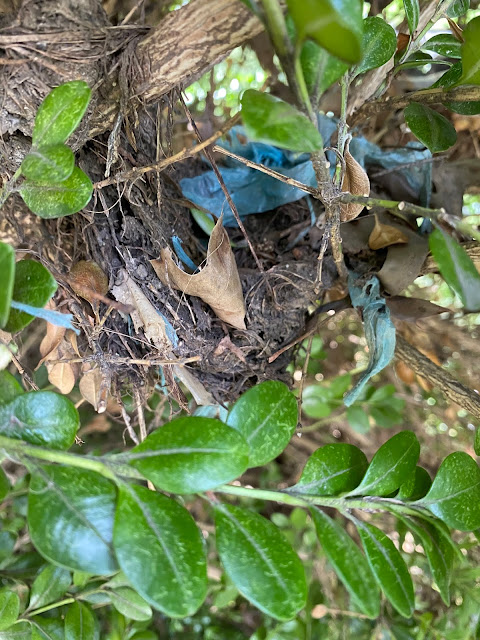 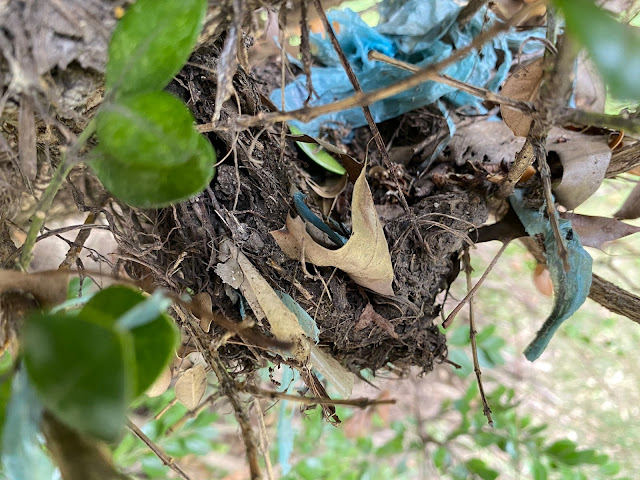 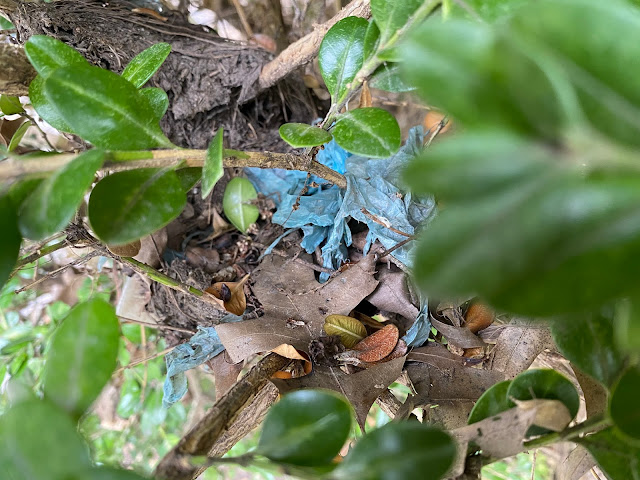 This little nest was full of scraps of who knows what. 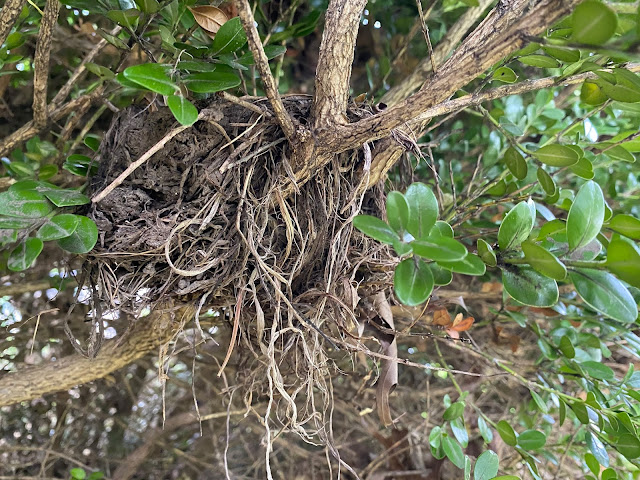 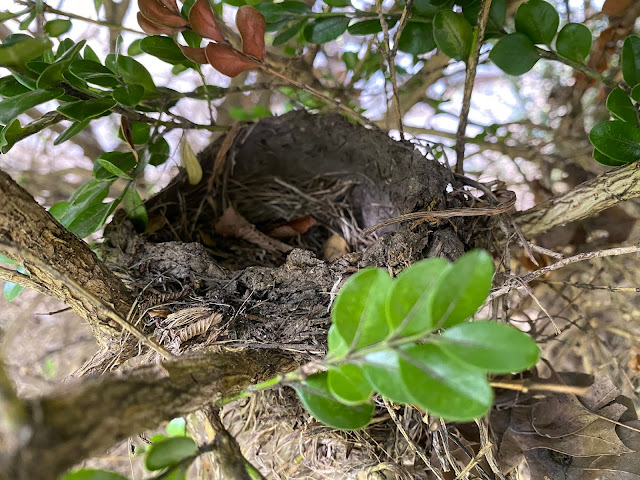 The third nest was covered with grasses and garden debris
but otherwise was made of mud. 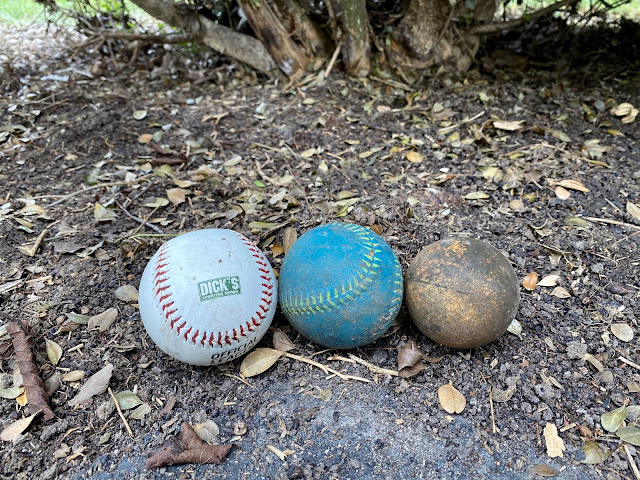 And last but not least we found three balls that were so far under the bushes,
they could only be found with all the trimming.